Top Tips for Transitioning from Indoor to Outdoor Tennis 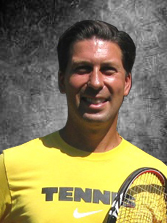 One of the biggest obstacles that an avid tennis player may face is transitioning from indoor to outdoor tennis. Unlike indoor courts, courts in an outdoor complex are subject to the elements. With such starkly different playing surfaces and elements, indoor and outdoor tennis prove to be two entirely different experiences. Indoor facilities have curtains, wind barriers, and provide the perfect playing conditions. The light sources inside Nassau Tennis Club are equally dispersed, artificially-lit hanging lights. Indoor environments are therefore much more predictable and consistent.

Playing outdoors is an entirely different game, but with repetition, can be an easy transition from playing indoors. It takes about 5 times practicing on an outdoor clay court to get used to the differing surface. When playing outdoors, players must deal with the sun, wind, and varying ball behavior. Some questions to ask yourself when playing outside-

Be sure to recognize that speed of play is much slower on clay. Players must learn to be patient in order to force opponent errors rather than try for winners. The ball bounces much differently on clay courts, which then requires players to bend their knees to get under the ball and hit with topspin. Consistency and patience are key when playing on clay courts. Challenge yourself to hit a rally count of 6 when playing singles in order to force their errors. Playing on clay courts also allows for the ability to circle ball marks to ensure validity of calls. This trains your opponent to do the same.

Although style of play is vastly different in each environment, players must learn how to quickly transition from one surface to the other. Being able to easily switch from indoor to outdoor or vice versa is an important skillset to have when becoming more involved with year-round tennis. I personally like both equally because of the contrast and unique style of play I experience on each.

About the Author:
Gino Carosella is the Director of Adult Programs at the Nassau Tennis Club in Skillman, NJ.