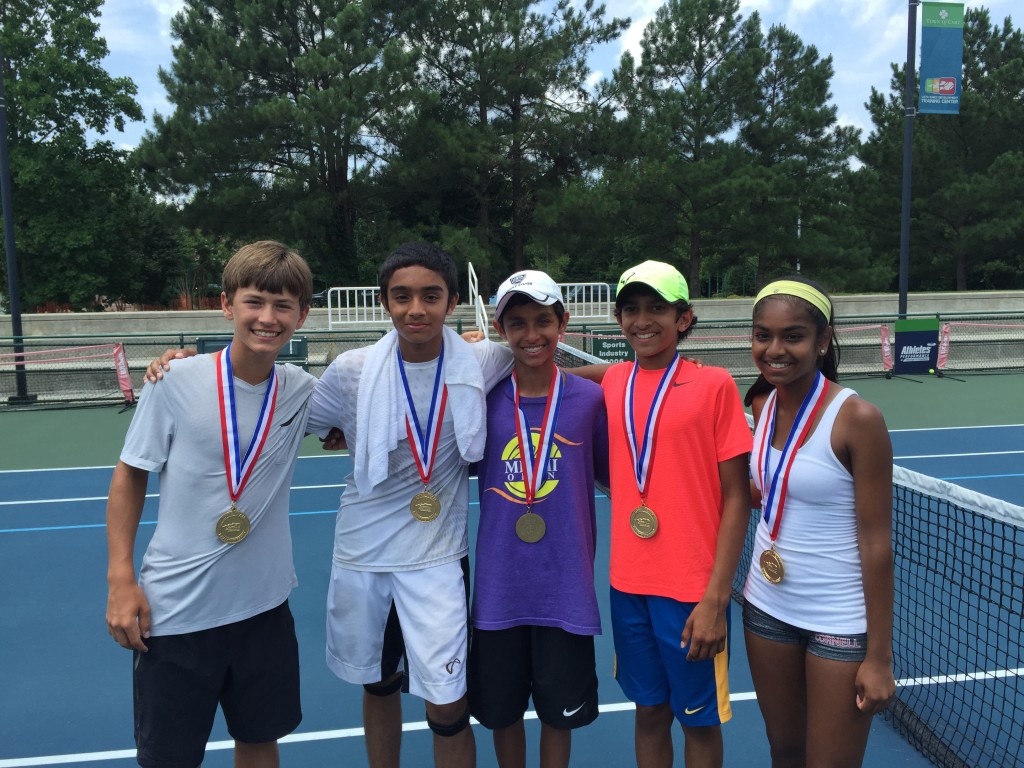 The National Team Zone Championships are co-ed team events designed to introduce elite players to national competition in which players get to compete alongside fellow Middle States players against teams from other sections.  Players are selected to participate based on USTA performance rankings.

Ten teams participated in Cary, North Carolina for the 14 and under championships.  Teams came from the Southern, Mid-Atlantic and Middle States sections of the U.S.

“It is the first time since 2001 that a team from the Middle States section won the Zone Team Championships,” says Marc Hill, Director of Nassau’s High Performance Academy. “It is a great achievement for our elite players to compete at the national level and dominate,” says Marc.