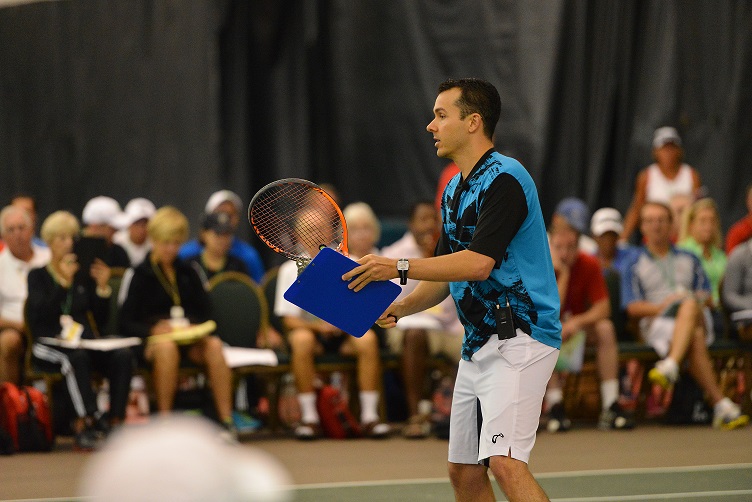 Joao “Jay” Pinho, USPTA NJ District President and upcoming 2nd VP for USPTA Middle States Division, was among the speakers during the 2015 USPTA World Conference in New Orleans. Joao’s presentation was on teaching singles patterns and how to use a progression-based methodology to teach singles players how to incorporate patterns in their game. The entire presentation was focused on how to effectively dominate points from the ad-side of the court using mostly forehands.

Joao Pinho is a USPTA Elite Professional and currently works as a Manager of Tennis Operations and High Performance Coach at Nassau Tennis Club; a program that from 2011 until mid-2015 has listed 39 players inside the Top 150 in the nation, 189 players inside the Top 25 in the Middle States Section and over 30 commitments to play College Tennis.