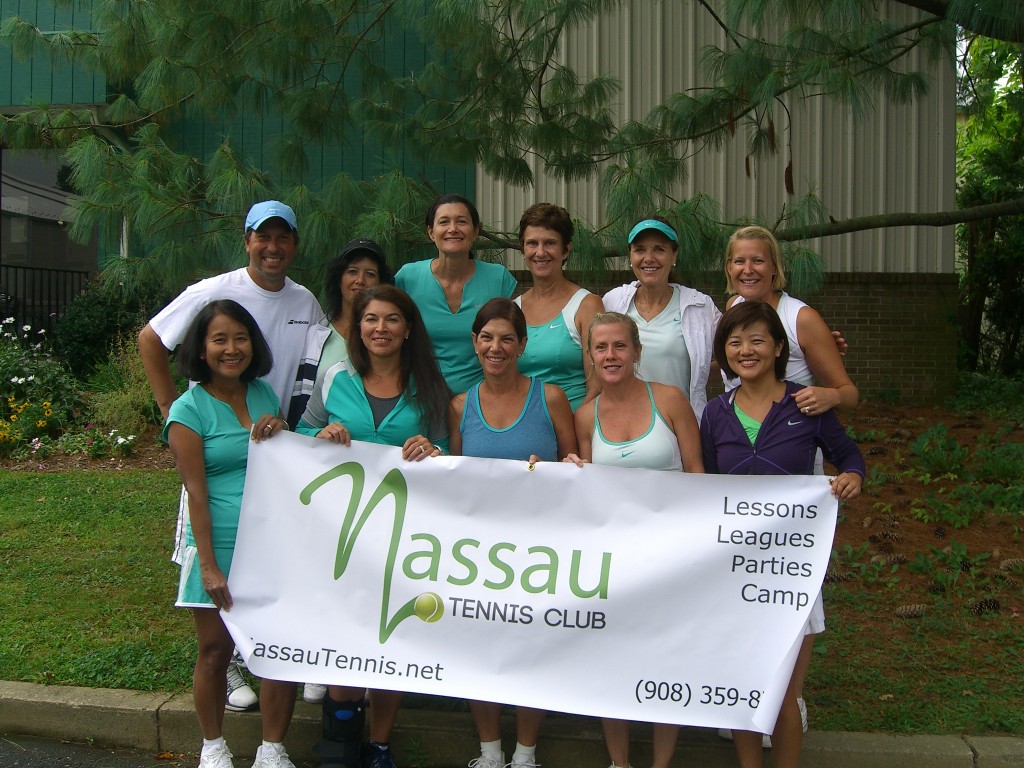 “Nassau Net Assets” participated in a weekend long round robin tournament against teams from Delaware, Philadelphia, West Chester, Pittsburgh, Harrisburg and Reading.   The team advances to the 2013 National USTA Tennis Tournament in Tucson, Arizona in September.

“This is an amazing accomplishment for these women who have been training at the Nassau Tennis Club as a team for the last three years,” says Gino Carosella, Coach and Adult Program Director at the Nassau Tennis Club.  “It came down to the very last match on the last day of the tournament with three teams in contention to win the tournament.  Nassau Net Assets won by 1 individual court – it was very exciting,” says Gino.

The team is captained by Linda Haderer, a resident of Belle Mead.  Team members reside in Montgomery, Princeton and Hillsborough.