Venus and Serena Lead US Fed Cup Team to Victory 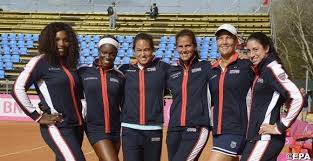 This is only the second time since 2007 that both Williams sisters have played in a Fed Cup Tie.